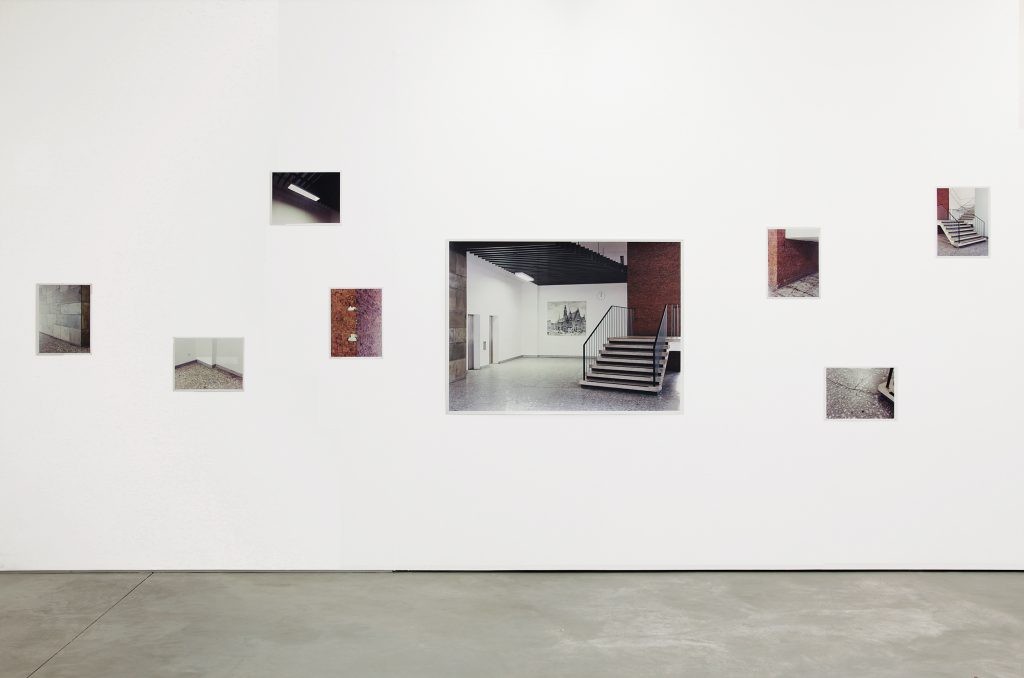 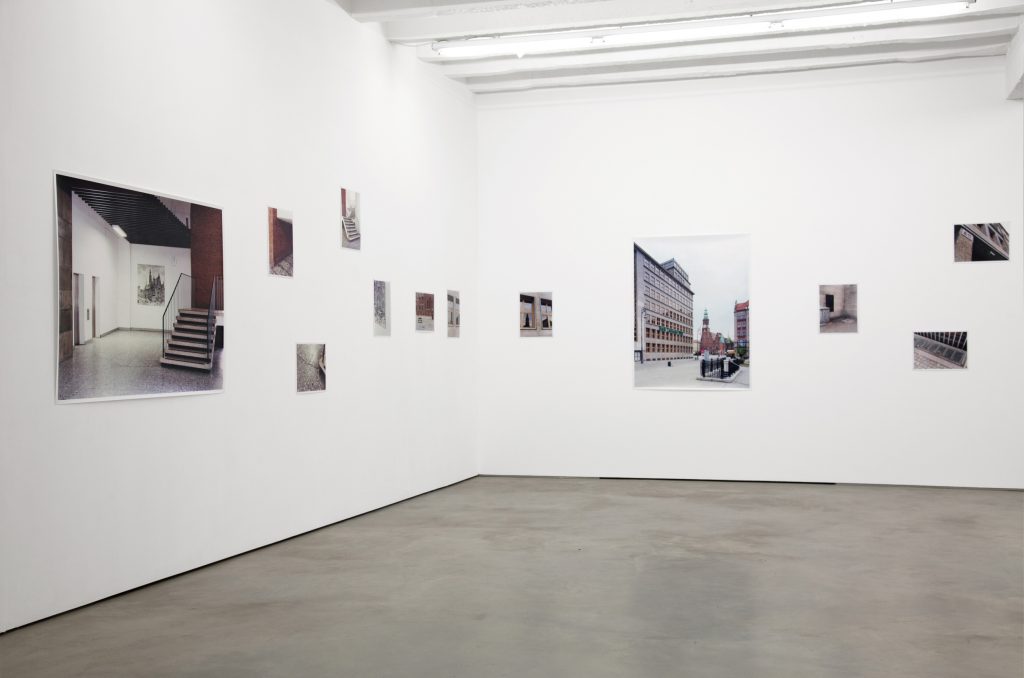 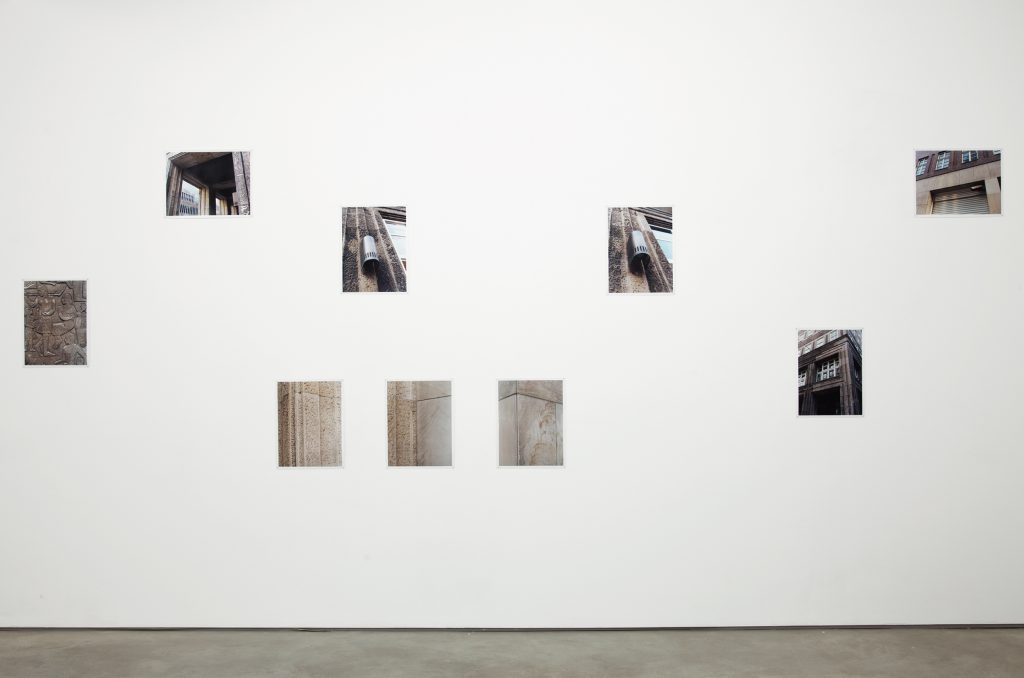 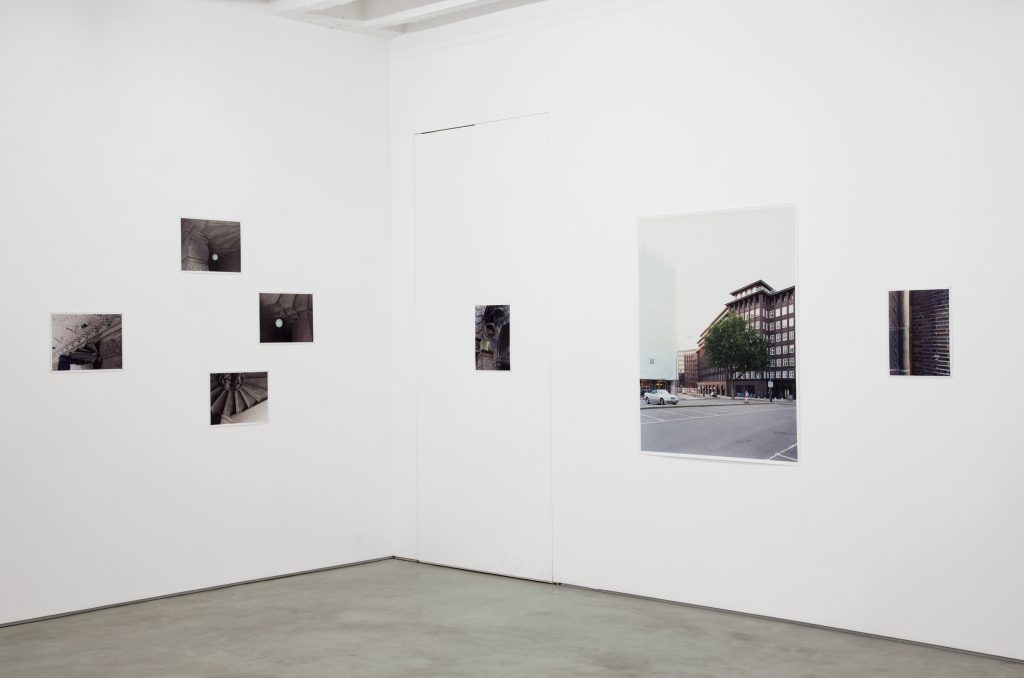 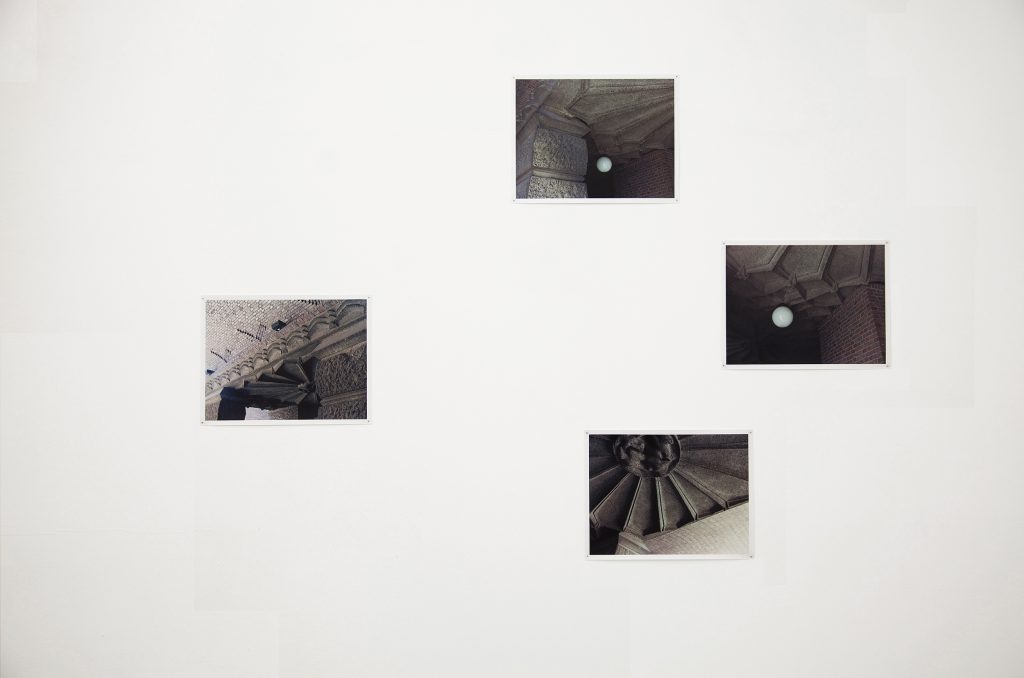 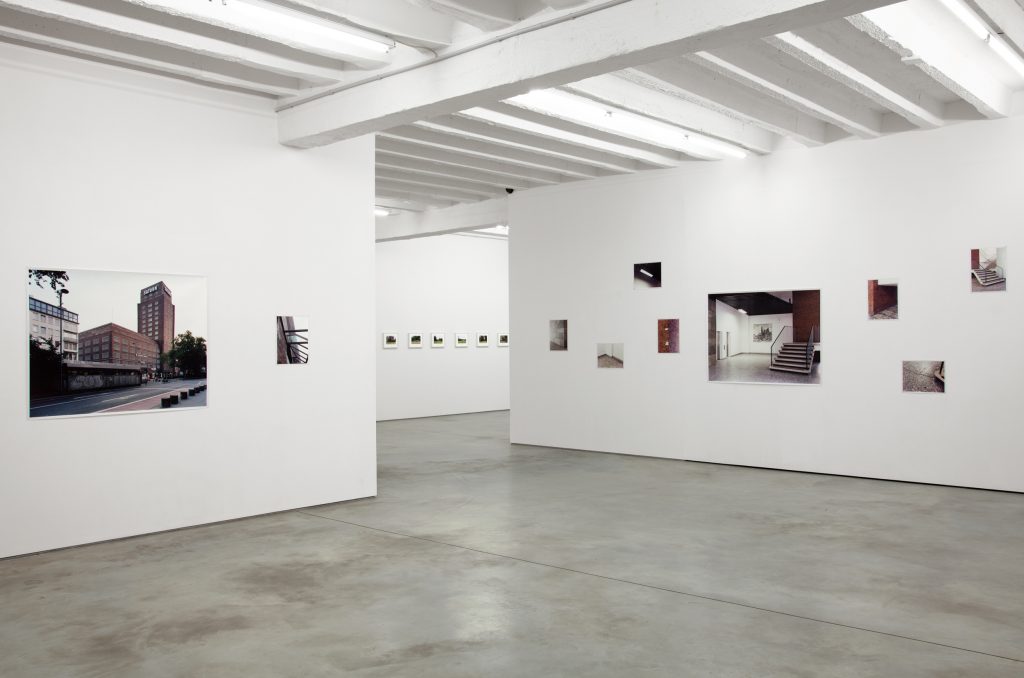 In moderngothic, Wilton explores the architecture of early highrise buildings. Her departure point is the lobby of the Deutschlandhaus in Berlin, in which the original architecture merges with signs of later usage to create a web of historical references. The building structure from the 1920s
bears superimposed traces of renovations from the 1960s. Extensive use of the building was made by the Federation of expellees (Bund der Vertriebenen) which can be seen, for instance, in the mural depicting the city of Wrocław in a comparable past condition. Out of these traces, Wilton develops a chain of associations which she links to further examples of early modern high-rise architecture. Delving into the preserved past of the mural, she portrays what is shown in the picture—the former Sparkasse building that still exists in the town hall square in Wrocław today. In a circular fashion, details of this architecture lead to further early high-rise buildings in Düsseldorf, Hamburg or Cologne.
Wilton’s carefully positioned views of buildings are contrasted with comparative shots of details and side scenes. Through repetition and subtle shifts or displacements in her close-ups, Wilton thematises photography as a technology of seeing and showing on the basis of which the indissoluble fault lines of photography can constantly be read: the status of the images remains modifiable.
(Excerpt from a text by Sandra Rendgen, 2013)